ECSfG 'Quote of The Week' 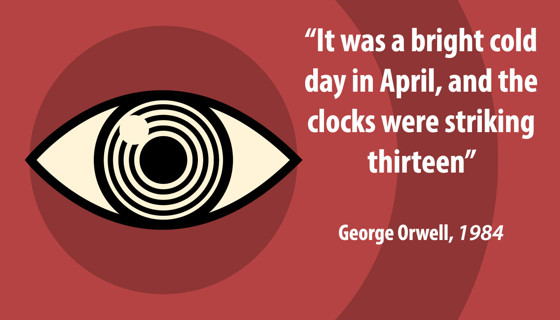 George Orwell's 1984 is a dystopian novel following the story of Winston Smith who is a skilled and diligent worker and Party member -  who secretly hates the Party and dreams of rebellion. Published in the year 1949, the novel looks  themes such as totalitarianism and mass surveillance. You may also not know that 1984 is where the premise of the show 'Big Brother' originated from, as Big Brother in the novel is the leader and figurehead of the Party that rules Oceania where Winston lives.