Remembrance Day is where we remember the fallen members of the armed forces during the First World War. In the UK, we have a traditional 2 minute silence on 11 November at 11am  “the 11th hour of the 11th day of the 11th month”.

The Thiepval Monument  featured above, is a memorial site commemorates the 72,195 “missing in action” British and South African men who died in the Battle of the Somme in World War I with no known grave. Designed by Sir Edwin Lutyens and built between 1928 and 1932, the site is still the largest British battle memorial in the world.

We will be having a two minute silence at 11am across both of our Holly Walk and Rosmary Avenue sites. 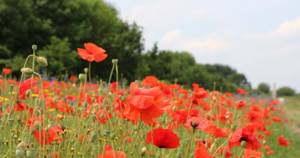